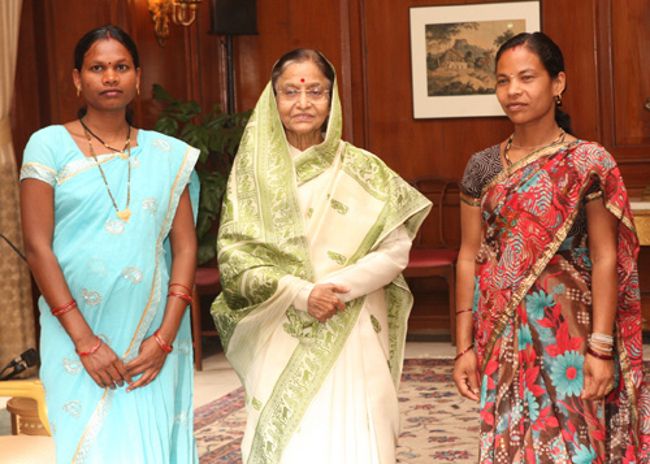 BE BRAVE
BE GIVING
BE HERO!

“A UN study found that more people in India have access to a mobile phone than to a toilet”
This article is about a woman who left her in-laws’ house because it had no toilet. Residents of the village of Zitudhana (Madhya Pradesh) defecated in the open. It was a custom of the whole village. And who would dare change decades of orthodoxy?
ANITA NARRE.
Anita Narre left the household of Shivram, a labourer, after her marriage because the house had no toilet. She returned only once he had built one with help from district officials.
Anita’s unusual determination led to a great change in sanitation in the region because other women followed her lead and demanded toilets in their homes, doing what years of government campaigns could not do, setting an example.
Anita place, not very different from her in-laws was 15km away, but her father’s house had a toilet. Her father stood by his daughter when she returned home two days after her wedding. ‘My daughter was not doing anything wrong,’ he said. He was not afraid of people’s disapproval, he said because he was aware of the government scheme to build toilets and was confident that his son-in-law would meet the request.
Shivram appealed to the Gram Panchayat for financial help and eventually after a lot of protest from orthodox appeals he built a toilet for her wife. She dramatically brought the issue of sanitation to everyone’s attention for the first time. Since then, she has become an ambassador for sanitation campaigns at the district level.
A Bollywood film called toilet-Ek Prem Katha was loosely based on Anita Narre and her husband shivram, staring bhumi pednekar and Akshay Kumar.