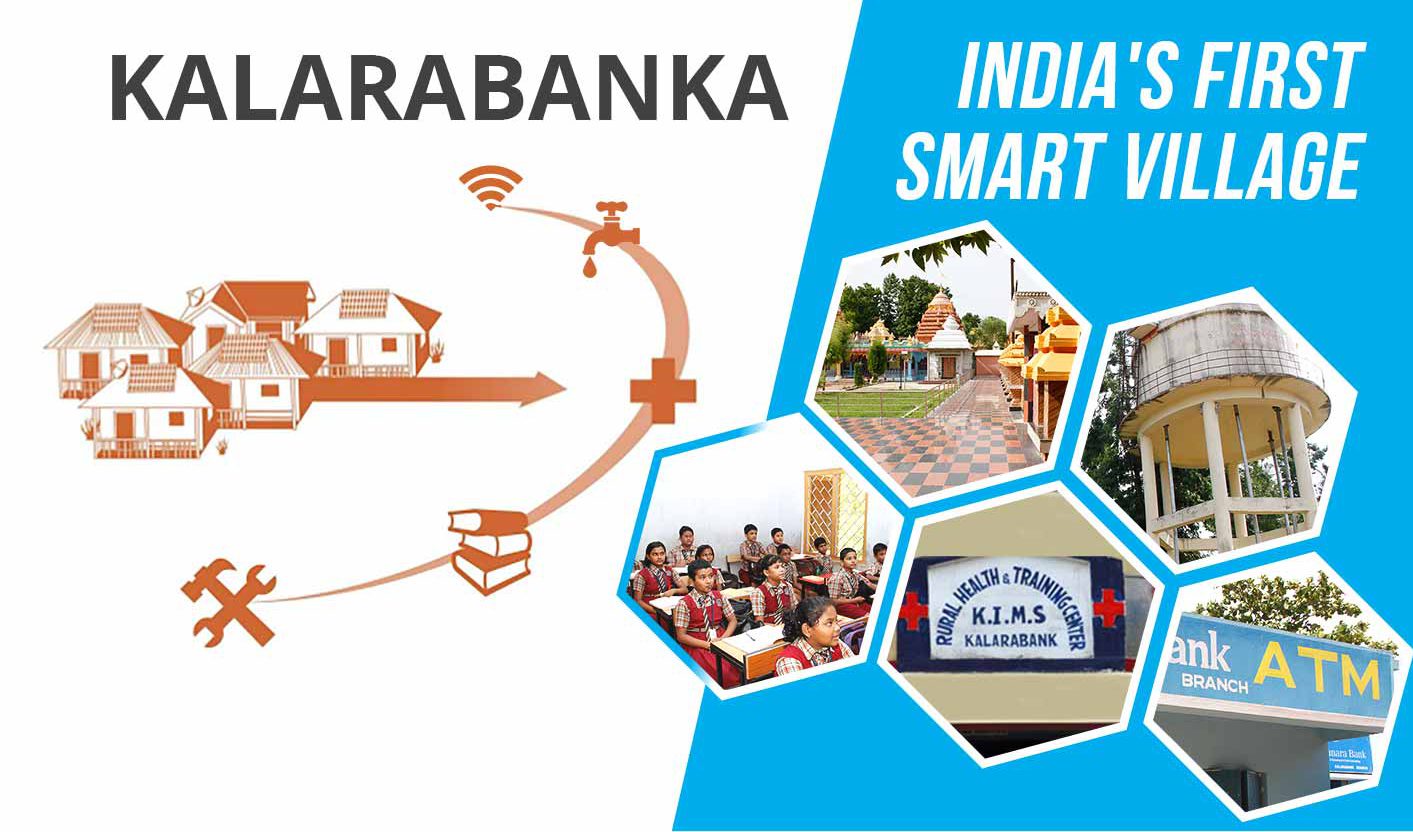 Kalarabank, a remote village in Cuttack district of Odisha, has been developed as a ‘Smart Village’, the first smart village in the country. The work to develop the village as a ‘Model Village’ started in 2000 and in 2006 it was named as a model village with modern amenities for education, health & sanitation, communication, environment, etc. These facilities were extended to entire Manpur Panchayat, thus making it first model Panchayat. In 2016, Kalarabanka transformed into a smart village and the entire Panchayat became Smart Panchayat.