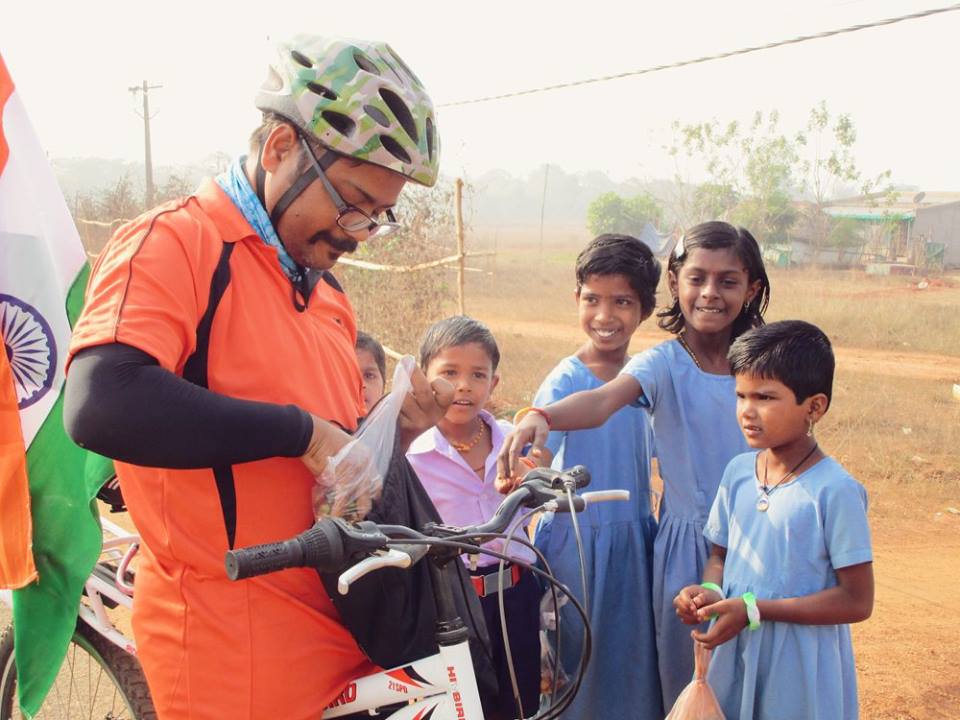 Art of Giving essentially propounds the idea that in order to have a bountiful harvest of peace and prosperity one has to sow peace and prosperity just in the same way as a farmer does to grow crops. A farmer scatters all his seeds upon the land and then leaves it to the elements. If he did the contrary, that is, hoarded his seed, he would lose both the seed and his produce, for his seed would perish. One may argue seeds do perish when sown. Yes, they do but in such perishing, they bring forth a great abundance.

The Young Achyuta Samanta sowed the seeds of love and care as a child despite having been pushed to the mire of abject poverty due to the untimely demise of his father. Throughout his childhood, starting from the age of 5, he lent his hand to support his grieving mother and helped her raise succor for all the siblings. He offered the comfort of his lap for his younger sister to sleep. He even shared his hard-earned wage with the hungry village urchins. He has sown love all his life and begotten love from one and all.

Achyuta Samanta’s life illustrates that in life, we get by giving; we grow rich by broadcasting our good seeds. The man who says he is in possession of knowledge yet he cannot share because the world is incapable of receiving it or for some other reason, then he either does not possess such knowledge, or, if he does, he will soon be deprived of it, if he is not already deprived. To hoard is to lose; to exclusively retain is to be dispossessed.

Achyuta Samanta was bestowed with good education by God’s Grace and his hard labor. He could have used his education for earning enough and prospering in life like any ordinary person. This would have amounted to hoarding. However, he thought differently. He used his education and the values he learned from the experiences in his life and plunged to share the wisdom of knowledge for helping the growth and prosperity of the society in which he lives.

Even the man who would like to increase his material wealth must be willing to part with (invest) what little capital he has, and then wait for the increase. So long as he retains his hold on his precious money, he will not only remain poor, but also will be growing poorer every day.  He will, after all, lose the things he loves, and will lose it without increase. But if he wisely lets it go; if, like the farmer, he scatters his seeds of gold, then he can faithfully wait for, and reasonably expect the increase. That is what has happened in the life of Achyuta Samanta.

He had a vision to serve the society and work towards relieving people from the pangs of poverty. So he began investing even every penny of his meager earning as soon as he started his professional career. He invested all that he had harvested from his enterprises for the human community to receive larger and larger harvests year after year. His mission in life to bring smiles on peoples’ faces, be them rich or poor and creating an equitable society paves the way for peace and prosperity the entire humanity. His life is true personification of the art of giving.