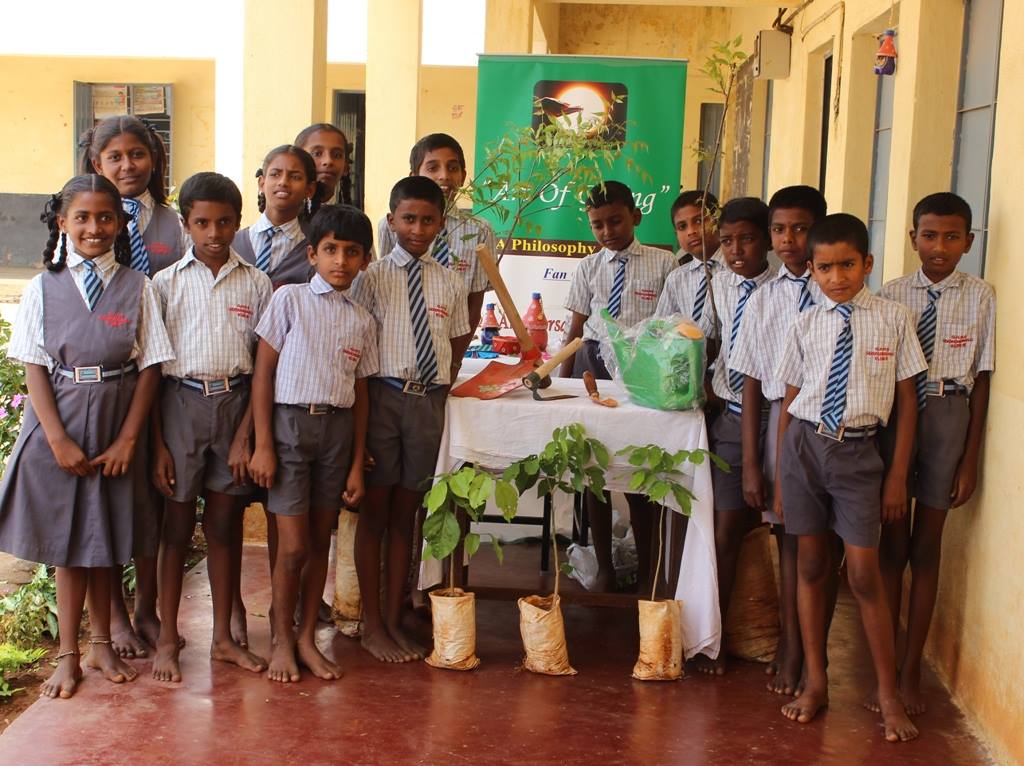 The 1850 feet tall Mahaparbat Hills (located 50 Kms away from the city of Bhubaneswar in the state of Odisha in India), a detached segment of Eastern Ghats mountain range in India had been lying barren for several years due to unbridled deforestation. Due to the denudation of the hill slopes, numerous streamlets were formed which carried the eroded surface soil of the hill slopes and caused siltation in the flat valleys at the foot of the hill. The siltation affected agriculture in the valleys.

The hilly terrain, however, got a fresh lease of life when in 2007, an educated bachelor in his forties from the nearby Dhansar village, Mr Brajendra Pradhan, took a vow to revive forest growth on the hill slopes of Mahaparbat Hills. A post-graduate in economics and an environmentalist by choice, Brajendra, sought collective efforts from some dedicated youths to make it possible. The mission was not only daunting but also very demanding.

However, Brajendra’s spirits had already been ignited and he quickly organized a team of 20 enthusiastic college students of his village (most in their early twenties by then) and went ahead with his work. The team counselled the youth of the affected villages to lend their supporting hand for this noble cause. As usual, there were many skeptics who taunted the volunteers often. The scenics would hurl offensive remarks and find many faults with the volunteers.

The young activists started with planting environmentally conducive banyan saplings.  Later, they planted miscellaneous other saplings. Small check dams across the streamlets were built by the volunteers to arrest soil erosion using locally available stones. This helped them arrest rainwater for watering the young plants. They also planted enough bush and shrub saplings along the short-spaced contour lines and on the banks the streamlets.

The volunteers also regularly organized various literary competitions among students, seminars and street-plays on environment-related themes to generate awareness among the village folks. Slowly more and more villagers who sat on the fence till date began taking an interest in the work. Brajendra’s indomitable spirit, patience, hard work and strong leadership ultimately helped win the hearts of even the most impenetrable cynic in the village.

The persistent endeavour of Brajendra and his team made the hill slopes of Mahaparbat Hills change its colors in a matter of four years. There were smiles visible in every soul as they heaved a sigh of great relief. Once a barren landscape, the terrain around Mahaparbat hills, now has been covered with nearly 2000 well-grown banyan trees along with 3000 trees of other varieties and they are growing bigger and bigger.

Neither Brajendra nor his teammates were affluent people. But Brajendra’s knowledge and leadership helped in changing the condition of the Mahaparbat Hills. The work, done by Brajendra is an eloquent depiction of what differences the art of giving can do to the human society.