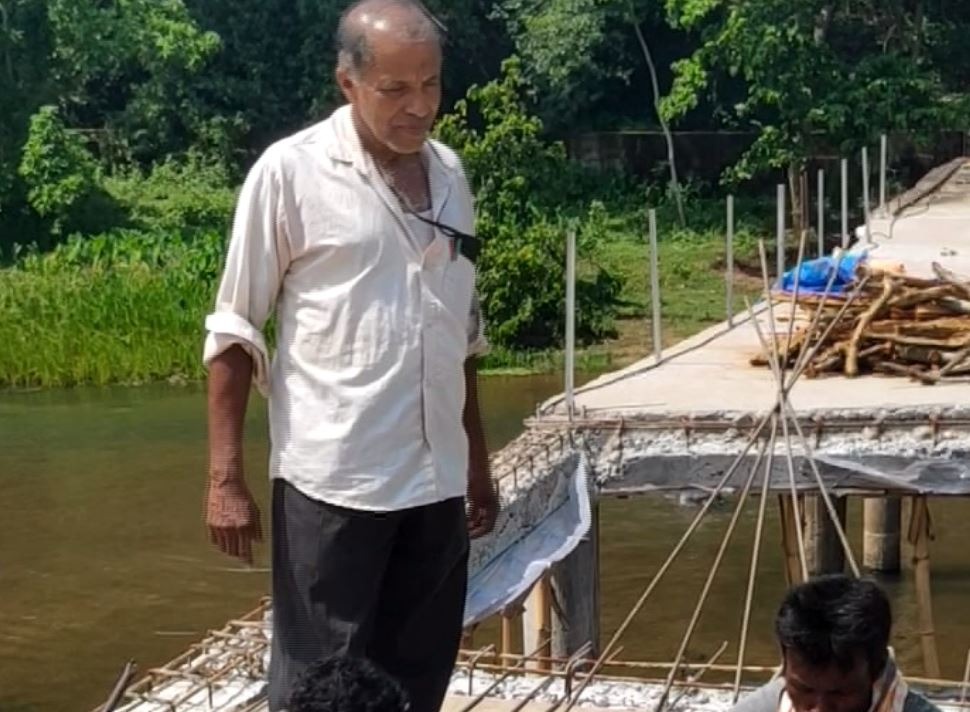 Sexagenarian Gangadhar Rout, a retired livestock inspector with the Odisha government, immersed into his savings and pension to start building the 270 foot-long bridge across the river that links Kanpur village to Daneipur in October 2016.

Rout lives in the village of Kanpur, which gets cut off throughout the monsoon, loses access to its farmlands, which are on the other side of the river. Even when it’s not raining profoundly, the lack of a bridge forces the villagers to row across the water or take long detours on foot to reach their farmlands.

The circumstances leading up to this decision highlight the apathy many of our fellow countrymen endure at the hands of the state. More than a decade ago, a local truck owners’ association, a local legislator and the Hatadihi block administration, donated funds to the tune of Rs 6 lakh to construct the bridge. However, due to the insufficiency of funds, the construction of the bridge was incomplete.

For many years, nearly 1,200 residents of the village have demanded the construction of a bridge. “We requested officials and local people’s representatives for [the] completion of the bridge, but no one paid any heed towards our demand. Local truck owners’ association and other private organisations also did not help us financially. With no other option in sight, I decided to shoulder the responsibility,” said Rout.

Settling into his retirement benefits of Rs 12 lakh, he took his nephew and surveyed various bridges in the area to understand what it takes to build one.

Initially, he had thought about using the money to buy a car, but the decrepit condition of the incomplete bridge cause him to decide against it, instead, spending the money on fixing and completing it. After finishing the construction of the bridge locals at Kanpur village in Odisha have praised his remarkable work of Rout.