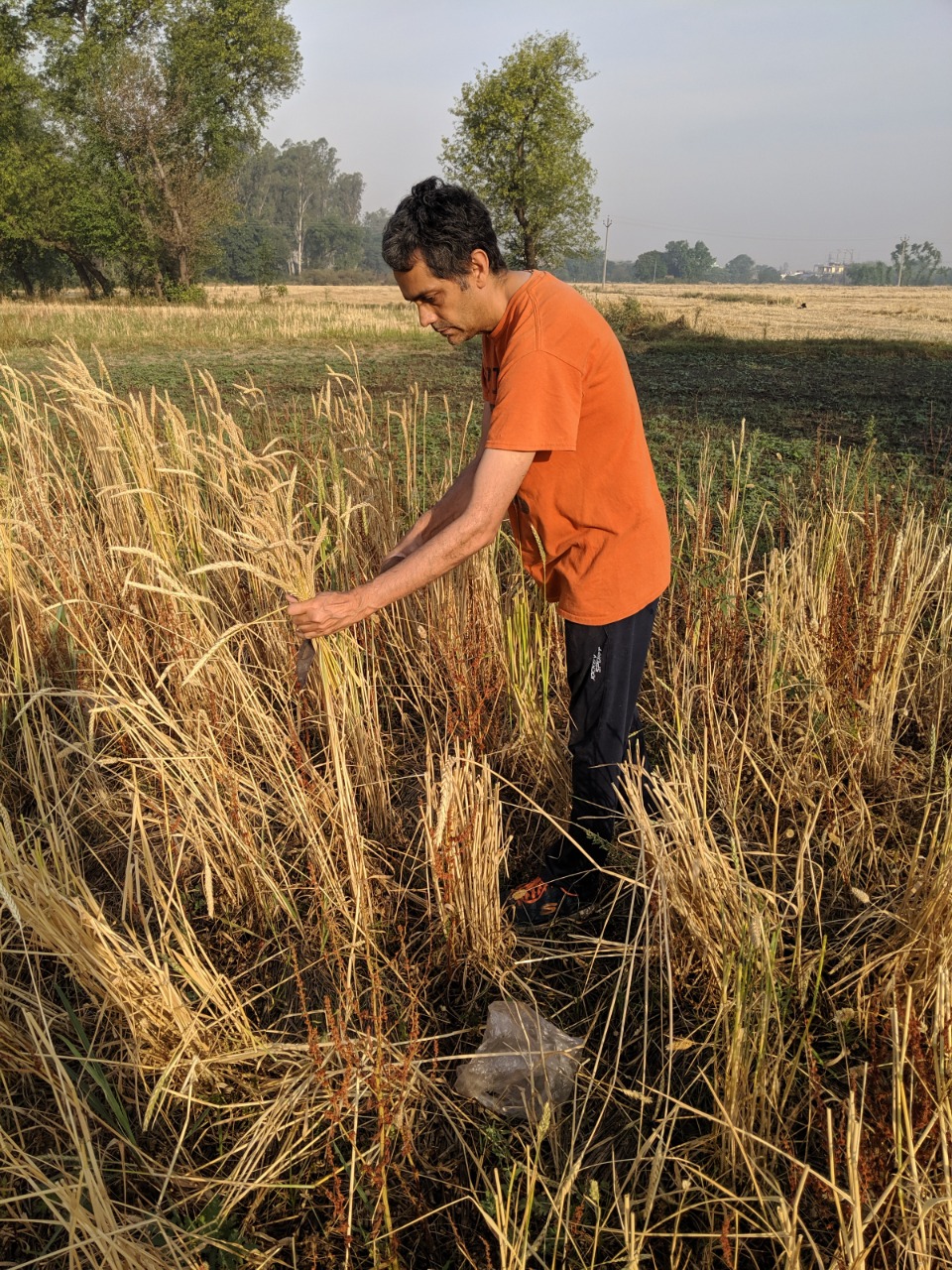 From IT job holder to Organic farmer, giving back to the ecosystem:

Rahul Sharma’s summer vacations during his early life were spent in Mustafabad, a tiny village in Kapurthala district. Though Rahul’s father, Banwari Lal Sharma, grew up helping his family on their farm, he moved to the city when he got appointed as a Professor of Physics at the National Institute of Technology Kurukshetra.

Unknown to young Rahul the very fact that as he would grow older, his need to reconnect with his roots would see him quit a cushy 18-year-old IT career and go back to the same village and grow organic food in his ancestral farmland. Shedding light on how the switch of careers happened, Rahul talks of his interest in learning different skills. This was perhaps one of the reasons why he opted to pursue a diploma in computers in the early 90s despite being an Economics and Statistics graduate.

In 2016, he quit his job and moved to Chandigarh. Within five days of his move, he had travelled to Mustafabad and began his work. The land, which had been given on lease to someone, was choked with chemicals. So the first plan of action was to revive the soil in the four-acre patch. He used Crop rotation & nitrogen-fixing crops, System of Rice Intensification, Green manuring & Biodiverse wild patch.