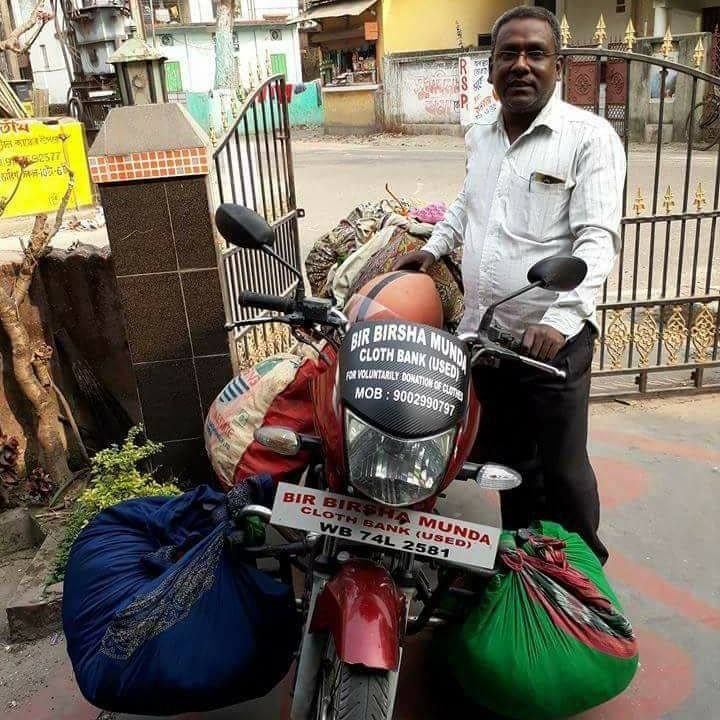 Though the clothes bank was inaugurated on January 2017, Talukdar has been accumulating used clothes from people and distributing to the needy for more than a decade now. As of now, the clothing bank has 50,000 units of clothing, and every week Saju shares around 3,000-4,000 clothes to families in nearby tea gardens, railway stations, bus stops and wherever else people need clothes.

Having to leave his education due to lack of school uniform inspired Saju to take up this initiative. To collect and distribute clothes, Saju purchased a four-wheeler in 2015, on which he would transport passengers to Siliguri and different parts of Alipurduar and Jalpaiguri district.

In January 2017, Saju commenced BBMC at his home and put up a signboard. The people who noticed it started donating clothes. Whoever lacked clothes came to his house, a custom which happens daily to this day.

Talukdar has also adopted two tea garden villages—Bandapani in Alipurduar district with a community of around 650, and Caron in Nagarkata subdivision of Jalpaiguri district—which has a population of a little than 1,000. Saju typically delivers clothes to these people during festivals, and warm clothes in winter. Things took an even bigger turn for the philanthropist, when he got a call from Bengali quiz show Dadagiri in June 2018, to appear beside former Indian cricket captain Saurav Ganguly.

Besides the clothes bank, Saju also operates a shelter home—Heaven Shelter Home—for the abandoned, where he also renders food, and clothes to the homeless.