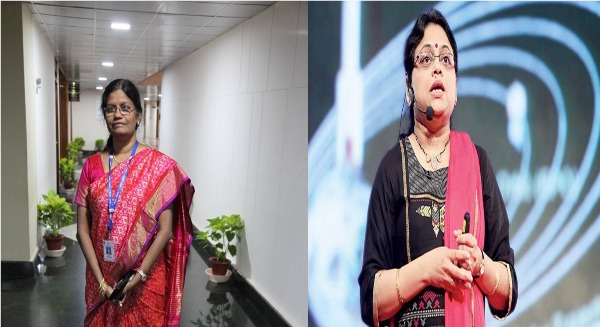 Women behind the Chandrayaan-2 Mission:

GSLV Mk-III-M-1 is carrying three robotics to the Moon on 22 July 2019 at 2.43 PM IST. It consists of a lunar orbiter, lander and rover, all developed in India. The main scientific objective is to map the location and abundance of lunar water.

Muthayya Vanitha & Ritu Karidhal have been associated with ISRO, for the last two decades. Before this, they were part of several launches as well as the advancement of sub-systems for satellites. ISRO has earlier had women project directors for the launch of communication and other satellites.